The Vaccines brought the party to Leeds’ Brudenell Social Club

Having a gig on the same day England got sent home from the World Cup might have been a struggle for some bands, but not The Vaccines.

Known for their on stage presence, it was clear to see that the football score wasn’t going to put a dampener on The Vaccines’ sold out show at The Brudenell Social Club in Leeds. Stepping on stage to The Rolling Stones’ ‘You Can’t Always Get What You Want’ Justin and co were there to pump up the crowd with their fast-paced set list. 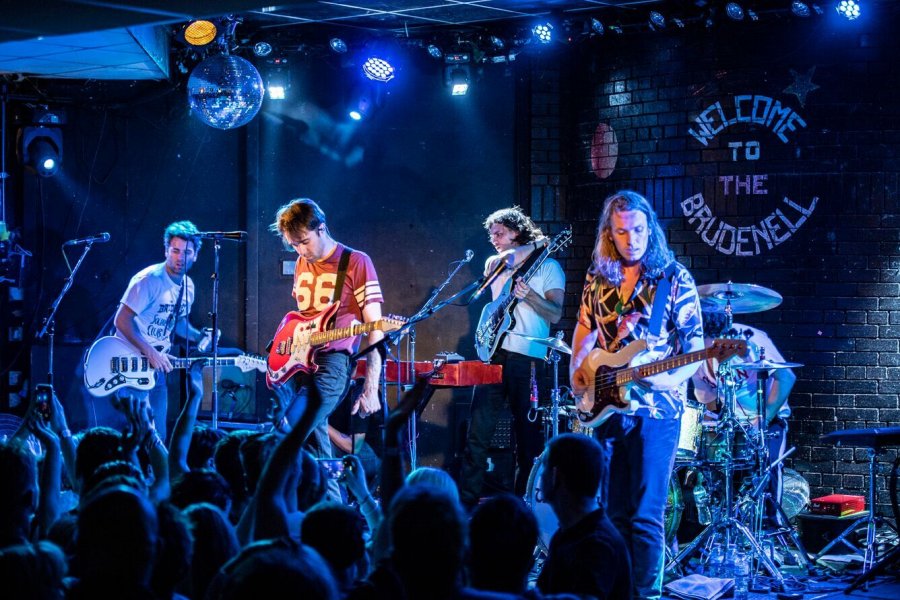 Kicking off with ‘Nightclub’ from their recently released forth album ‘Combat Sports’ the crowd emanated wall to wall energy. It didn’t take long for the levels to turn up even higher either, their second song of the night, ‘Wreckin Bar (Ra Ra Ra)’ saw beers help up high in the air and the sold out crowd bouncing in time.

Slamming straight into ‘Teenage Icon’ and ‘Wetsuit’ it’s clear to see why The Vaccines are one of the best live bands on the circuit; from Justin’s frontman persona to their heavy riffs and fast fills, they leave you wanting more, time and time again.

‘Post Break-Up Sex’ and ‘Norgaard’ came later in their set, but that didn’t mean they lacked energy, at one point audience members were lifted up high enough to touch the ceiling. Explaining to the crowd they’d taken part in a bet to play topless if England won, they shouted, “F*** it, it’s hot enough in here anyway!” before every member ripped off their shirt and pounded out ‘If You Wanna’.

The Vaccines have been on the scene for 8 years now, and if you’ve seen them before you’ll know they were born to perform live; but like a fine wine or cheese – they’re just getting better with age.

Make sure you catch them on the Main Stage at this year’s Leeds Festival on Friday, 24th August.

Fancy some signed The Vaccines merchandise and VIP upgrades to this year’s festival? Keep an eye out for our giveaway coming soon.

Tickets are on sale here