Stepping into a headline slot with barely a fortnight’s notice requires a band with nerves of steel, as well as a back catalogue extensive and beloved enough to mend festival goers’ wounded hearts instantly. Thankfully, one such band exists just over the Pennines – Manchester’s The 1975.

And that’s roughly how many hits they have! Just in the opening minutes of their set, they unleashed the delectable ‘Chocolate’, the track which catapulted them into the limelight almost a decade ago. With sensual vocals and a groovily sluicing melody hook, any fears that may have lingered about the band’s last-minute appointment were quickly assuaged. The equally melodic ‘Love Me’ slithered out on the night air like an intoxicating breeze, drawing the crowd into a slowly swaying malaise, entirely captivated by the band’s alluring demeanour. Swaggering along in his perfectly tailored suit, frontman Matty Healy casts an impressive figure, who manages to pull sensual hip swings off with far more grace than most! With the perfect balance of well-crafted pop melodies with earworm-creating hooks, and enough self aggrandisement to fill ten of the Main Stage East, there can have been no better choice to fill those ever-so-large shoes of a headliner. Hats off to you, The 1975! 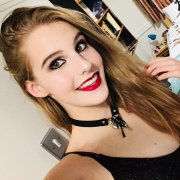 If electro-pop at its very finest is what you had planned on ordering for tea tonight, then Bastille are just the treat you need! From the very opening moments, vocalist Dan Smith’s ethereal, echoing vocals glide out over infinitely danceable synth-heavy beats, that mean you can’t help but sway along to the heavy thump of the bass.

The set was packed with more hits than you can shake a stick at – from the low, swinging groove of ‘Good Grief’, to the sunny disposition of ‘survivin’, the entire band looked as though they were having just as much fun as the audience! Smith looked as though he was in the midst of an intense sugar rush, as he went jumping around from a platform over the drums, down to the front of the stage and back again, and then to lounging elegantly on a recliner chair in front of the kit, all in less than 30 seconds!

However, his efforts paid off, and the entire set felt like one exclusive dance party – so much so that the gang vocals in new track ‘Shut Off The Lights’ felt like a karaoke moment, with the lyrics pasted in huge letters across the back of the stage. Even the incredible backing vocalists (whose supreme talents cannot be overlooked!) joined in the party, bringing even more buzzing energy to the stage. As if things needed another gear, the plinking xylophone melody of ‘Rhythm of The Night’ set a night of raving ahead off in style, and the closing number – which was, of course, their huge smash-hit ‘Pompeii’ – felt positively biblical. It’s going to be a fun night ahead now, that’s for sure!

Never has the word ‘cacophony’ been more appropriate to describe the eclectic madness of a band than when it is attributed to Bristolians LICE. Taking to the BBC Introducing Stage as though it was a headline slot, they treated the assembled crowd to a tumult of thrashing melodies, interwoven with straining, politically-charged spoken word lyricism that was just penetrable enough to keep you hooked into the mania.

Whipping up the first circle pit of the day with an Introducing stage crowd is no mean feat, but those in attendance felt almost as though they had been caught in a whirlwind, and found themselves almost involuntarily thundering along with a recklessness that bordered on insanity.

If you want a taste of just what that head-spinning experience was like, then take a long listen to ‘Conveyor’. With a bassline that fizzes deep in your chest, vocals that climb and fall all over the track, and a chorus that descends into absolute unbridled chaos, it is about as close as you can get to feeling the mind-bending madness of LICE live-and-in-colour.

Winning over a crowd instantly is an oft-aspired-to goal for bands breaking into the alternative scene, but rarely has that been achieved as completely as Warrington-based rockers Crawlers did at the opening of their set on the Festival Republic Stage! Their penchant for great big stonking chorus lines filled with infectious energy made them an instant hit with the crowd, and meant they had the entire tent bouncing along before they had even completed one number!

Another of Crawlers’ many charms in their unflinching lyrical candour. Tracks like ‘Hush’ put the tumultuous emotions caused by anxiety microscope, examining them with a dry venom and punk rock bite that threads its way through each and every one of their tracks. Each verse built into a throttling chorus that stamped and snarled with a vicious power – the phrase ‘girl power’ feels far too infantile a statement for these renegades- this is WOMAN power at work.

As if that wasn’t enough, Crawlers broke the mould even further with a brilliantly delivered stunt; of all the badass ways to announce the drop of your debut album, producing a huge banner from seemingly nowhere and stringing it across the stage is about as infinitely cool as they come!

By the time the penultimate track came around, a fierce chorus of voices and a sea of glittering lighters joined the band in their melancholic grandeur – ‘Come Over Again’? Don’t mind if I do!

Just as the afternoon sun was beginning to wane, and people’s energy began to fade with it before the evening’s second wind arrived, what better time to be greeted with the dulcet tones of Aussie indie stalwarts DMA’S? Opening their Main Stage West set with ‘The Glow’ brought all the glimmering summer warmth that you could ask for shining down on the Yorkshire countryside, dousing the crowd in their smoothly beguiling melodies, transforming them into a sea of bobbing heads and contented smiles.

Each track was laced with vocalist Tommy O’Dell’s characteristically soaring, buttery vocals – yet, behind the apparent calming simplicity of the tracks, there was a joyous hidden complexity bubbling away at their heart.

Nowhere was this better signified than on the band’s new single, ‘I Don’t Need to Hide’. Here, a soft orchestral intro blossoms over a bed of rippling drum samples, blooming as the song progresses into a full-hearted pop-rock chorus. Then, almost without warning, those layers all fall away again, stripping the track back to its soft opening refrain and rebuilding all over again. Weaving all these elements together in such an absorbing is testament to DMA’S supreme musicianship – whoever said indie could only be a couple of chords and some shout-along choruses, eh?

It takes an ungodly amount of both comfort in your own skin and stage presence to announce you are from Manchester mere minutes into a main stage performance on the other side of the Pennines. However, it is testament to Pale Waves’ enduring appeal that even such a heinous crime as being Mancunian was forgiven by the rapturous crowd as soon as the first of their bolstering tunes flooded out from the Main Stage East’s speakers.

With sultry radio effects coating her voice, vocalist Heather Baron-Gracie overtured the big, boasting guitar lines that have become synonymous with Pale Waves’ own brand of indie pop, which injected the genre with a much-needed boost of uniqueness and edge when they first broke onto the scene just four years ago. While many of the infectious riffs in their set come straight from the early 00s radio rock playbook, it is impossible to argue that they are at all out of place – after all, if it ain’t broke, why fix it?

That’s not to say that Pale Waves have succumbed to the weight of expectation – in fact, far from it. ‘Unwanted’ feels as though it is building into a mournful ballad, until the thunderous drop into a raucous chorus turns that entirely on its head! However, if it’s overwrought emotion that you’re after, look no further than ‘She’s My Religion’, an empowering queer love song for the ages. And, just to prove that they can do it all, they crown their set with an all-out pop punk offering in the form of ‘Reasons to Live’, which boasts all the characteristic chugging bassline and relentless drums you could ask for! So, move over blink-182, I think Pale Waves can take it from here!

Gayle’s brand of fiesty pop rock has dominated the airwaves and the online space in recent months, and within the first few minutes of her set on the Radio 1 Dance Stage, it is more than apparent why. Her performance is as much of a release for her as it is for the audience, a cathartic refusal to be silenced in speaking her truth about growing up as a young woman in both the online and offline world.

Coating her biting lyrics that tackle subjects from sex, drugs, relatuonships and religion in gravelly, radio-ready melodies worthy of genre stalwarts like Weezer makes for the perfect blend of an earworm in ‘ur just horny’. Yet on ‘sleeping with my friends’, it is Gayle’s voice that takes centre stage, as her warm, richly textured vocals gave way to an impossibly long high note that drew screams of appreciation from the enraptured crowd. These are songs that are built to be the anthems to countless people’s teenage highs and heart breaks – much like the female rock and roll powerhouses that came before her, to whom Gayle paid homage with an impassioned cover of ‘Bad Reputation’ by the incomparable Joan Jett.

In preaching to a rapturous chorus young women gathered at the front of the stage with shining eyes and waving fists – and, if the taster of her next single ‘Snow Angels’, due for release in October, is anything to go by – Gayle has undoubtedly stamped her mark as the next in line to inherit the crown of powerful women unafraid and unashamed of speaking their truth.

She may have one hell of a famous surname, but by absolutely dominating her performance on the Main Stage East, Willow proved that when it comes to her music, her artistry is all her own.

Clean guitar lines bound and gamble throughout the set, accompanied by gorgeous self-harmonising backing tracks that elevate every single melody. However, Willow has such a profound tone to her voice, alluding to a soul far beyond her mere 20 years, that she hardly needs the assistance to capture the audience’s ear. While punchy tracks like ‘hover like a GODDESS’, alongside the effervescent, bubbling TikTok anthem ‘Wait a Minute!’, seek to make the alternative strand of pop rock young and fun again, Willow also expresses her desire to one day pen a rock opera for the ages, for which ‘Lipstick’ is her opening gambit. Based on this offering alone, that prospect is very exciting indeed – from the roaring guitar lines to the piercing high notes that border on whistle tones!

Props must also be given to her drummer for being brave enough to attempt, and achieve, keeping excellent pace with the percussion wizardry of Travis Barker – what a bold start to the weekend indeed!