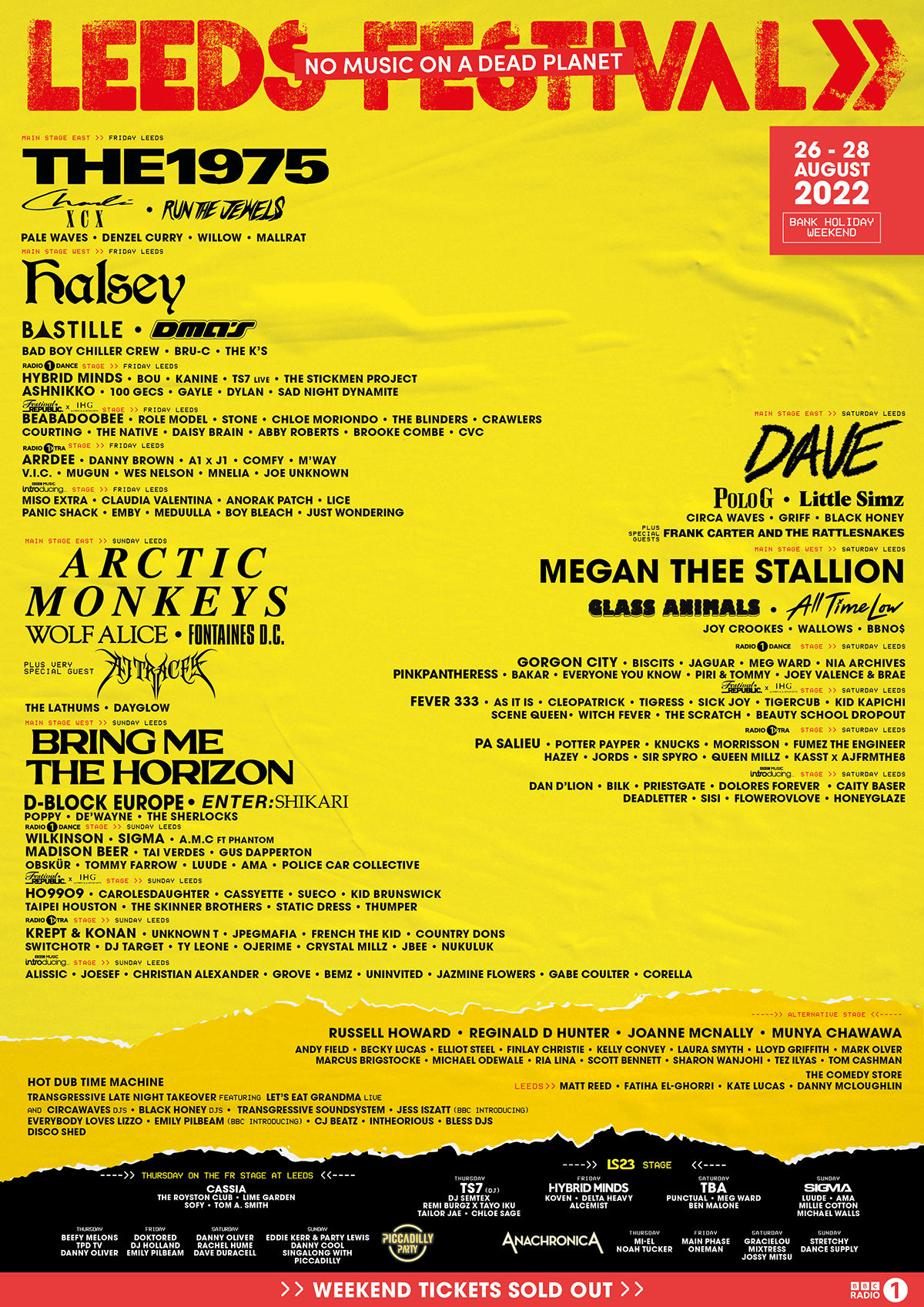 Want to relive the madness or simply find out what you missed out on? You’ve come to the right place.

Kicking off the weekend in style…

She may have one hell of a famous surname, but by absolutely dominating her performance on the Main Stage East, Willow proved that when it comes to her music, her artistry is all her own.

If electro-pop at its very finest is what you had planned on ordering for tea tonight, then Bastille are just the treat you need! From the very opening moments, vocalist Dan Smith’s ethereal, echoing vocals glide out over infinitely danceable synth-heavy beats, that mean you can’t help but sway along to the heavy thump of the bass. The closing number – which was, of course, their huge smash-hit ‘Pompeii’ – felt positively biblical.

Stepping into a headline slot with barely a fortnight’s notice requires a band with nerves of steel, as well as a back catalogue extensive and beloved enough to mend festival goers’ wounded hearts instantly. Thankfully, one such band exists just over the Pennines – Manchester’s The 1975. Swaggering along in his perfectly tailored suit, frontman Matty Healy casts an impressive figure, who manages to pull sensual hip swings off with far more grace than most! With the perfect balance of well-crafted pop melodies with earworm-creating hooks, and enough self aggrandisement to fill ten of the Main Stage East, there can have been no better choice to fill those ever-so-large shoes of a headliner. Hats off to you, The 1975!

Despite only releasing her debut single a mere three years ago, Hertfordshire’s Griff took to the Main Stage East like it is her second home. Throughout her set, her vocals poured out from the stage with perfect diction as well as a huge amount of bright tone for such soaringly high notes. Every track is set against a unique, rippling backdrop of synths, each gilded by the warmth of her hugely impressive vocal range.

When pop punk bands mature, their new direction can sometimes feel inauthentic or staged. However, while there is plenty of stage-presence in pogoing legends-turned-dark rock juggernauts As It Is’ set, there is certainly no lack of heart in their impassioned delivery. Heartbreakingly poignant and scaldingly candid, the band moved many in the crowd to tears with its stark portrayal of mental health and the burden of carrying it alone. However, after witnessing that set, nobody in that tent need ever feel that they are alone again.

It often comes at the end of a day of amazing music that you run out of adjectives to use to describe performances that keep increasing in quality – but when it comes to Fever 333, there simply aren’t enough superlatives in the English language, let alone in my lexicon, to describe this band!  Filled with passion and unbridled chaos, Jason screams into the mic like a man possessed, pushing the sound in the room to well over 100db, and even scaling the rigging at the side of the stage to bestow his sermon from on high (although he was quickly bested by guitarist Stephen Harrison, who climbed his way to the very roof of the tent, guitar still swinging madly from his hand!).

For many people, the trip to Leeds Festival is the equivalent of a summer holiday- however, for local lads The Sherlocks, they are pretty much playing in their own backyard! And they certainly got the reception to go with it – despite it being barely ten minutes into the afternoon, the Main Stage West was packed out with an enraptured crowd of indie obsessives. And despite one of the genre’s stalwarts taking to the stage later tonight, The Sherlocks were not afraid to put their all into their own rippling indie riffs that bounce between a perfectly balanced quartet of chords.

Over the last decade, the arena of bold, stunning alternative rock music has been dominated by Wolf Alice. In that time, they have penned countless magnetic, fiery choruses that speak to the universal experience of being a young person, in particular a young woman, growing up in the 21st century- of joy, sadness, despair, and most importantly, hope. This is a band totally at ease with their own musical prowess and ability to bend a crowd instantly to their will.

Just when you thought all superlatives had been exhausted on this mega weekend of live music, along comes a band whose performance is nothing short of biblical. That band are, of course, the incomparable Bring Me the Horizon. The biggest accolade, has to go to the band’s creative team, who designed some of the most stunning production I have ever seen during a festival headline slot. Backing dancers dressed in intricate costumes; storytelling elements that flashed across the screens with haunting pre-recorded voices; pyro that blasted the eyebrows off anybody in a fifty foot radius; plumes of smoke that fired out across the crowd, flooding the air; and, an image that will remain forever burned onto the memories of the crowd – Oli standing centre stage, backlit in a burning red light, holding a flare aloft – a god amongst men in that moment. Congratulations Bring Me the Horizon, for pulling off a set that nobody in attendance will ever, ever forget.