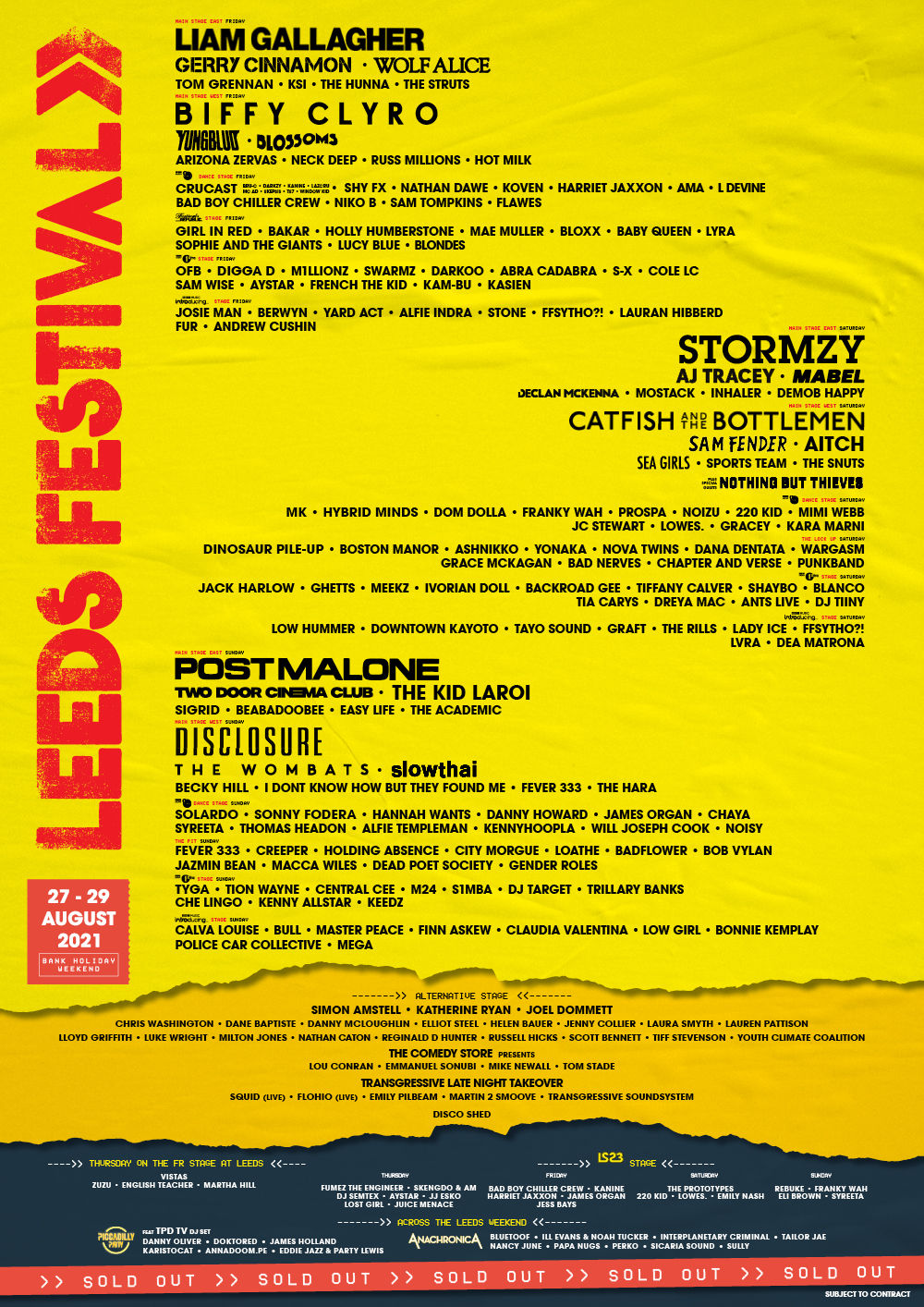 After selling out another year, Leeds 2021 was always going to be immense. 2021 was the birth of TWO main stages which ensured that NO headliners would clash throughout the weekend. The addition of the new futuristic LS23 stage allowed the party to continue into the night too.

Factor in the festival goers itching to return to Bramham Park and it was obvious why there was a neverending sea of happy campers. With headline sets on Main Stage East from Stormzy, Post Malone, Liam Gallagher. And the new Main Stage East headliners Catfish and the Bottleman, Disclosure and Biffy Clyro. This was a weekend that will go down in history as one of the hottest and best Leeds Festivals yet.

Blossoms and Wolf Alice were the double-headers on the Friday. Two bands in quick succession for what, for a lot of people, might be the best two hours of live music in the whole year, let alone Leeds 2021.

And finally the perennial showman, Liam Gallagher, kicked off the weekend in true Liam style. Performing all the classics.

Nothing But Thieves kicked off the day with an outlandish performance.

One of the UK’s best bands around Catfish & The Bottleman closed out the Main Stage West. The band exuded class with their showmanship and their black and white visuals were a personal fave of the weekend.

There were no words for Stormzy’s headline performance. The guitar intro paying homage to the festival’s history and of course that cameo from Jack Grealish. Wow just wow.

Becky Hill wowed us earlier in the day, with her feel-good set which her vibrant colourful visuals and attire. The perfect vibes to start the day.

Disclosure headlined the Main stage West on Sunday. The Brighton duo provided us with their classics from their iconic debut album ‘Settle’. Their transition into newer sounds complemented the extraordinary light and visual show that went with the set.

Post Malone rounded off another perfect day. In true American style the headliner set was jam-packed with a fantastic firework display. And off course, Posty serenaded us with the bangers ‘Congratulations’ ‘Sunflower’ and more.

And that was for another year packed full of music, comedy and memories that will last a lifetime. The perfect tonic after the previous year.