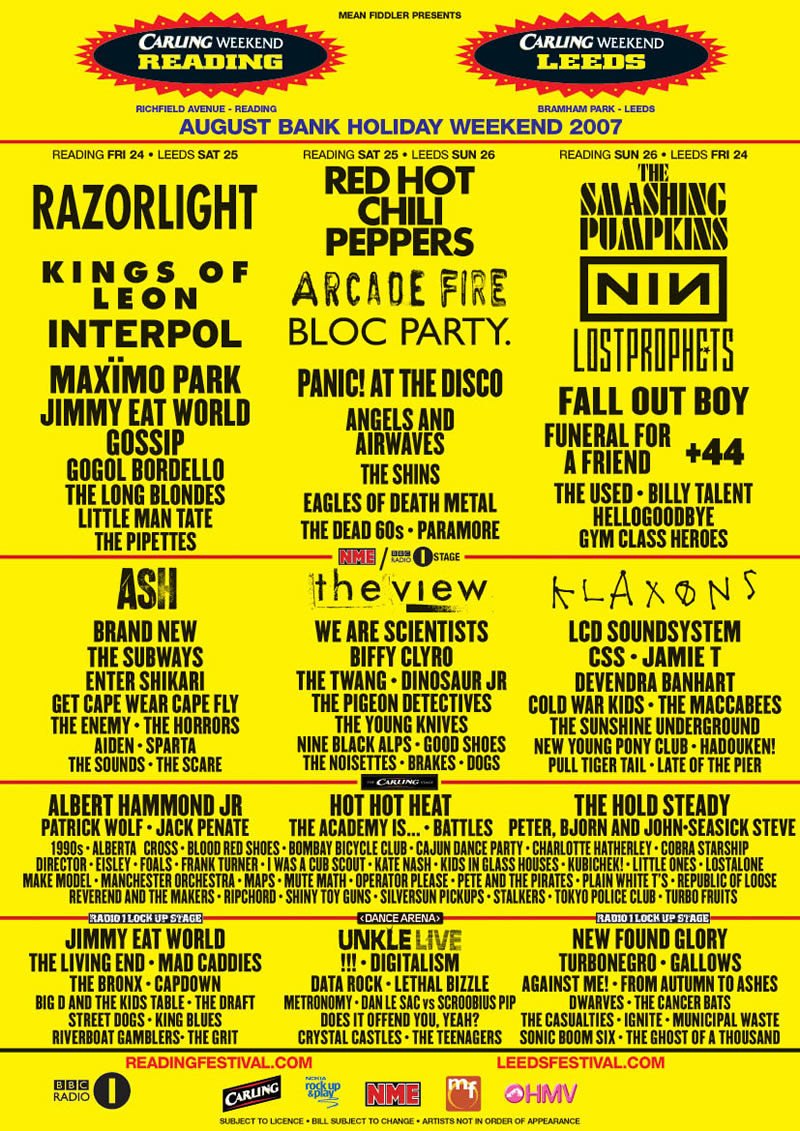 “2007 was my favourite year of Leeds festival. After the best band ever Red Hot Chilli Peppers played my wife told me she was pregnant. Easily, the best day of my life…..” Mat Spafford

“Leeds 2007 was the first and greatest festival I have been to, a surreal weekend of blazing sunshine and incredible music. The Friday night remains the best of my life, with Smashing Pumpkins blowing away every single act on the line up. The people were amazing, the atmosphere electric and the bands on fire.” Stuart Edwards

“I asked the crowd if they were willing to attempt the crowd surfing record. They willingly obliged, it was such a beautiful sight…seeing hundreds of people being passed over people’s heads, from the back of the tent, all the way to the front. It looked like hundreds of spiders. I don’t think there is even such a thing as a ‘crowd surfing’ record. Although if there is I’m pretty certain we hold it.” Chris, Enter Shikari

“I’m pretty sure we played the longest sets of the entire weekend of any act at Reading or Leeds. This year we’re gonna have dancers with cow outfits, a kazoo orchestra, a whole load of live instrumentation.” David Harrison, Beef Warehouse