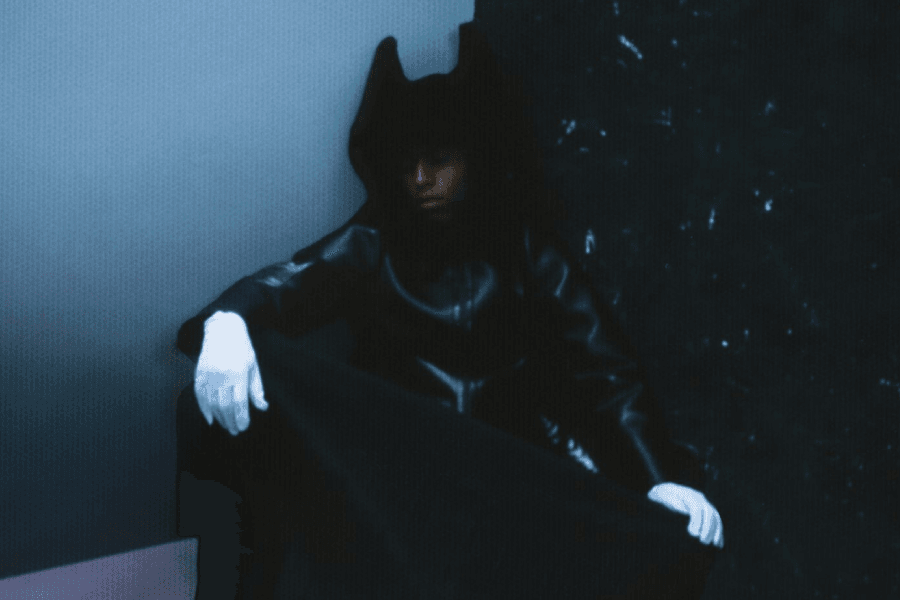 Though Bakar started to work on the album in 2019, it was mainly recorded during an “intense but magical” ten day stint in London’s Metropolis Studios. Having previously made the majority of his music in a small production room with only Nahome on hand, the pandemic pushed the pair to work in a big studio for the first time. Due to restrictions it was a particularly insular process and although various peers would be present via FaceTime, and Little Simz and WizKid were in the building working on their own masterpieces, the majority of sessions were limited to just Bakar, Zach and engineer Liam Nolan, pushing him to look more internally than ever.

“So much magic is happening at one moment it can be overwhelming,” recalls Bakar. “In those moments I feel invincible. Like I can get off anything, I can make anything and I’m gonna get off my ideas. It’s a really enjoyable place to be. Once you get into that zone.”

Nobody’s Home is set to build on the huge acclaim that surrounded his 2018 debut mixtape BadKid. Whereas the mixtape embodied the anger and rebellion of a misunderstood kid, the intervening years have seen Bakar increasingly connected to his own heritage, his Islamic faith and a concept of the “Future Immigrant”. Informed by his own first generation experiences in the UK, Bakar has “always wanted to be an alternative for the Black kids who don’t fit in”. These themes run throughout the album, one which is more emotional, expansive and ambitious than anything Bakar has done before.