Don Broco: “Reading and Leeds is the festival we went to as kids growing up”

Find out what happened when we hopped on the phone with Rob Damiani from Don Broco ahead of their set on this year’s BBC Radio 1 Stage.

There’s two really, the first one we went out on the BBC Introducing Stage and we were just so stoked to be at Reading and Leeds – let alone to be playing it. It was a dream come true to even have our name on the line up and I guess we didn’t really expect too much from the show. It was one of our first ever festivals and we hoped we’d get a few people watching us… the crowd just kept getting bigger and bigger and there was this moment where the sunset and we were looking out as it was coming down, the crowd was just swelling. It was one of those very very rare moments where we took the time to look at each other on stage and make eye contact, sort of being like ‘f**k this is insane’. That was a super special moment and a very defining time in our band’s career.

Last year we did a secret set on The Pit Stage and it was kind of secret, kind of not. I think a lot of people guessed it. We called ourselves The Pretty Boys, you know the fact we did have a song called ‘Pretty’ which had been out only a few months ago, we fitted the bill for the band that was going to be playing that stage.

I guess because of that and the fact we hadn’t announced it, there was almost no pressure on the set. Reading and Leeds is one of the only times that us as a band get nervous before we play, the festival means so much to us.

Turning up to The Pit Stage as The Pretty Boys there were no preconceptions, we went on thinking f**k it let’s have a laugh here and it was probably one of the most insane, fun shows we’ve ever done. Definitely up there with our best ever Reading and Leeds moment.

It’s just an awesome feeling and it was great to come in and play a load of new songs – it was the first time we’d really played songs from the new album. It was only a 30-45 min set so it was just no messing around, let’s do it. We had a great weekend and it just cemented Reading and Leeds as our favourite festival going.

You mentioned you came disguised as The Pretty Boys last year, how are you going to top that?

For us it’s getting to do the BBC Radio 1 Stage, that is definitely our favourite tent at Reading and Leeds – our favourite tent at any festival. The energy in that place is just unreal, we’ve luckily done that twice already and nothing really compares to it. It’s pretty f**king massive but at the same time, it feels very personal and close. Everyone in there is there to party and that’s what we’re going to bring this time, again we’ve got a load of new songs and a new album out that we haven’t been able to draw from before. We wrote a lot of these new songs with huge spaces and festivals in mind. It’s wicked to be a part of that, we’re just going to go super hard.

What do you think makes British festivals the best in the world?

I think the diversity of Reading and Leeds musically is just insane. It’s very rare to find festivals where there’s so much going on and everyone is getting on. You can be watching Panic! at the Disco one minute and then watching Kendrick Lamar – a lot of that will be the same crowd as well and that’s an amazing thing that festivals do in general. Reading and Leeds brings people together.

“Reading and Leeds brings people together”

I feel like everyone in the UK goes extra mental, Reading and Leeds is like that one final blow out of the summer before you go back to school or work or uni; for those reasons, it feels like the crown in all the world festivals. UK people can really let their hair down and have a great time.

In your video for ‘Stay Ignorant,’ there are some behind the scenes shots from when you played last year and it looks like the sickest party. Out of all of you, who parties the hardest?

I’d say it’s probably between me and Si. Tom is more of a secret partier, you don’t realise and then suddenly he’ll be hammered. I think probably me and Si are the loudest and most obnoxious people… hopefully in a good way. I think I get very over excited sometimes and are known for just being way too loud.

If you could pick any song from any artist that sums up Don Broco’s journey as a band so far, what would it be and why?

Wow, that’s so hard. I mean… is it really bad if you pick one of your own songs?

Hahaha. It’s probably one of our simplest songs but I’d say ‘Automatic’ taken from our second album; lyrically it was one of the most simple songs I’d ever written. It was about rolling with the punches and not overthinking things and taking chances. I guess that’s kind of been our career as a band, we’ve almost fallen into this. It was something we never took too seriously at the start, we just thought this was our dream and we wanted to give it a go. As opportunities got presented to us and things kept rolling on, we just found ourselves in these positions, I guess taking a punt on something and luckily for us paying off.

What’s the weirdest thing you’ve had thrown on stage?

I guess the weirdest would probably be… one time and I haven’t seen it in ages. I’m not sure what they’re called, you know those weird kind of squishy… what would you call them? Things you have as a kid and filled up with water.

Do you mean a weird sausage thing that folds in on itself?

YEAH. It’s slimy and weird. I haven’t seen them since I was a kid, we just finished a show and one of them was on the stage. I was wondering how the hell it got there, who even brings that to a gig? It was bizarre. 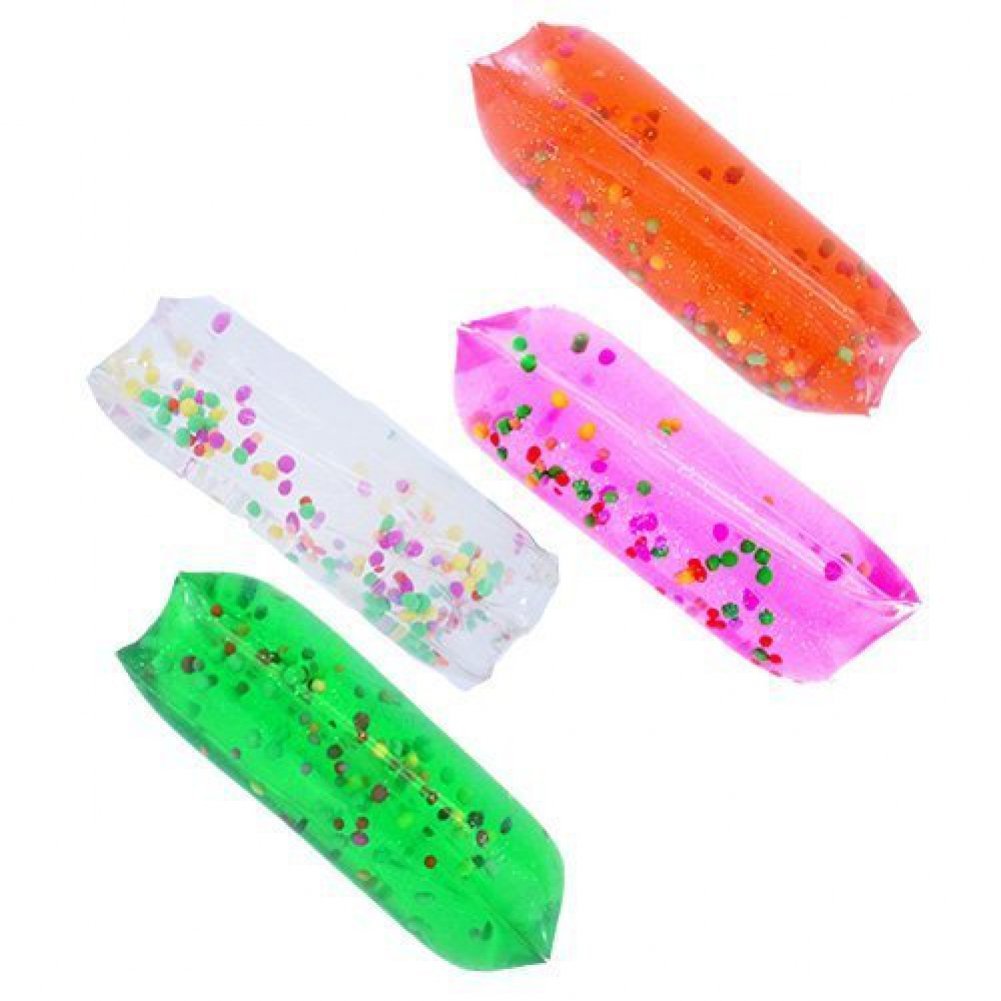 If you had to pack a fancy dress outfit to take to R&L, what would you take?

I’ve got these two outfits that I rotate, normally depending on if it’s Halloween and if I haven’t seen that particular group of friends for a while. I’ve got a pizza, a full slice of pizza fancy dress and I’ve also got a green Power Ranger, with a Dragonzord dagger.

I’d probably pick the pizza I think because it would remind me to eat when I’m at Reading and Leeds. Sometimes at festivals, you forget to eat and you get too hungry, then you lose track of things.

Ok, so we’ve got a song called ‘Good Listener’ where it’s about your smartphone listening in on you and all the kind of various advertising software that is in your phone listening to you. They’ll hear you talking or when you’re on the phone and it’ll pop up on your Instagram or Facebook like buy this thing you were just talking about.

I wrote this song about how freaky I found that and one of the lines is about a conversation I had with my mum and we were talking about what I was going to have for my dinner, which was chilli con carne. The line after that in the song is, “I really don’t like it.” Which is in reference to my phone listening in on me, but a lot of people seem to think it’s me saying I really don’t like chilli con carne – that’s not true, I love it.

I reckon I’d have my own chilli con carne stall because I’ve nailed that now and maybe… Damiani’s Chilli Con Carne, it kinda rhymes with my surname! It’s a good healthy meal.

Who on the line up would you most like to party with?

Travis Scott would be fun, he sounds like a party animal.

‘You Wanna Know’ when Don Broco will take to the stage? They play the BBC Radio 1 Stage on Friday at this year’s Leeds.

Get your ‘Priorities’ right, tickets are on sale now.