Your BBC Music Introducing line up just landed for Leeds 2019

Over 30 emerging artists have just been added to this year’s line up – that’s a lot of bands of your buck baby.

Since first arriving at Reading and Leeds way back in 2008, the BBC Music Introducing Stage has offered an array of untapped talent and a history of out of this world secret sets. Acts such as The 1975, Yungblud, Pale Waves, Slowthai, CHVRCHES and more have worked their way up through the stages after getting their first taste with BBC Music Introducing.

Headlining the BBC Music Introducing Stage on Friday this year is the raucous grunge rock three-piece The Mysterines bringing their high-energy, angsty protests and catchy melodies.

On Saturday prepare to be entertained by Leeds’ own indie-pop masters, Marsicans, whose driving, harmony-laden sound and hard-hitting live shows are earning them a reputation as an emerging force in British music.

Making its rightful return to Leeds is local record label Dance To The Radio who will kickstart the weekend on Thursday with their specially curated line up including Easy Life, whenyoung, Indoor Pets, BILK and DJ Jacky P performing. In a Leeds Festival exclusive to the infamous Piccadilly Party, the lads from TPD TV return to DJ on Thursday night.

Elsewhere we’ve added the mesmerising American singer-songwriter Two Feet who makes his R&L debut, as well as the hypnotic YouTube sensation Poppy with her musical influence from kooky computer-game syth-pop, with the odd bit of metal thrown in!

Added to the BBC Radio 1 Dance Stage us the in-demand London AJ Amy Becker and Communion signed Allan Rayman, plus the ever-growing indie favourites Vistas have been added to the Festival Republic Stage.

View the full line up poster below and get pumped for the best weekend of your summer, nothing else compares. 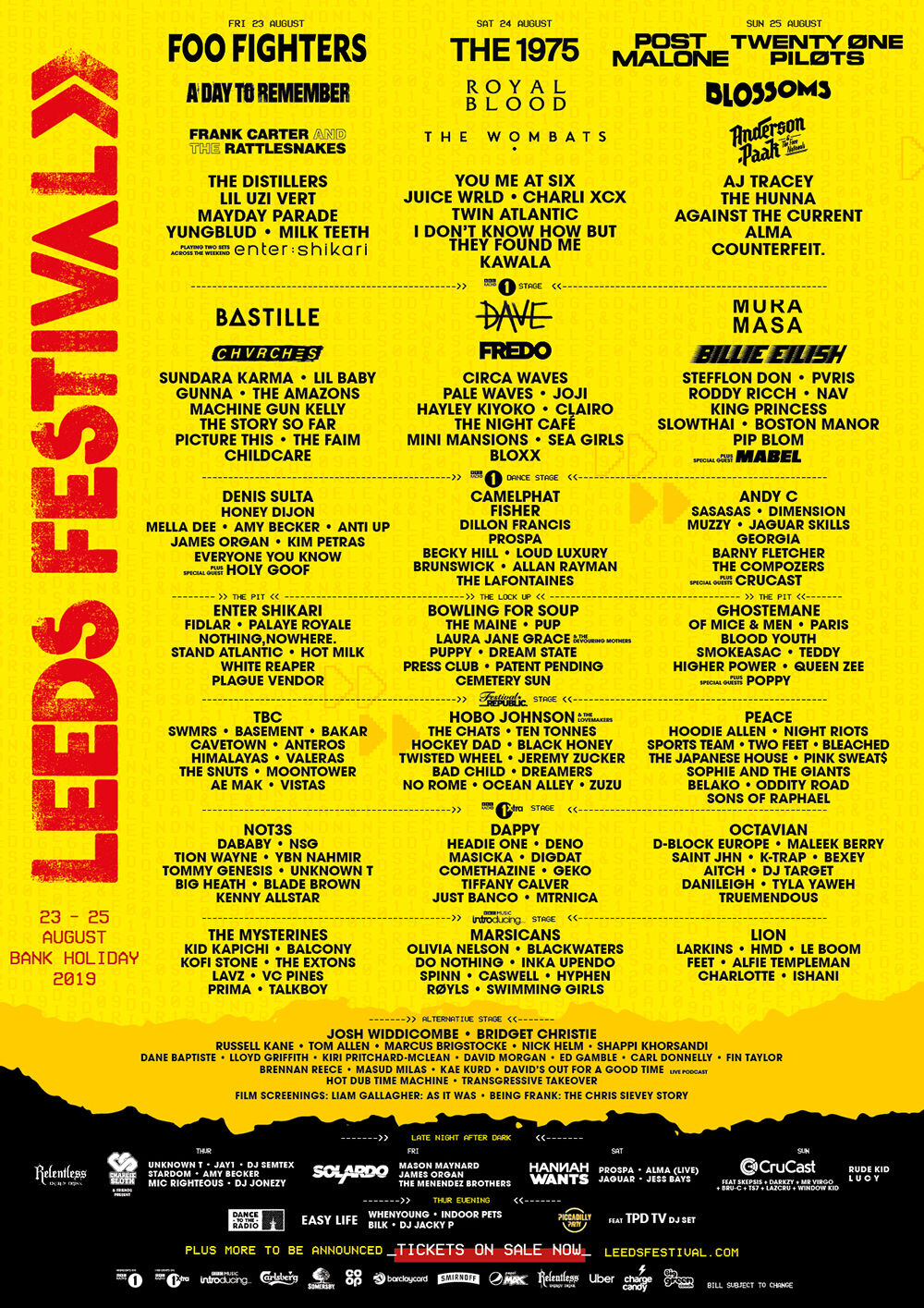 Still don’t have your tickets? We’re not sure what you’re playing at, to be honest.

Sort yourself out here