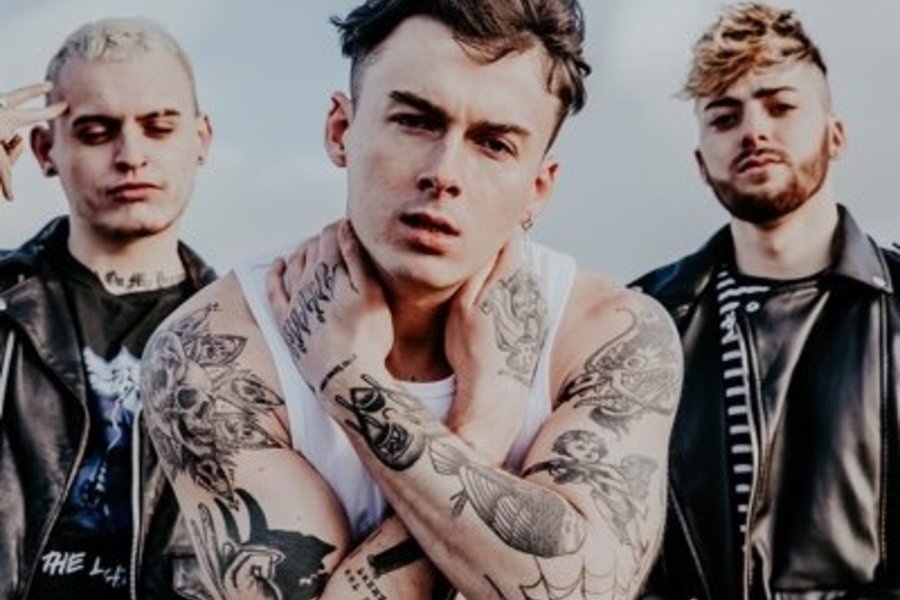 THE HARA, an alternative/rock band comprising Josh Taylor (Frontman), Zack Breen (Guitar) and Jack Kennedy (Drums) stormed their way through the iTunes Album charts with their 2020 releases. Latest EP’s ‘Play Dead’ hit #1 across All Genres and ‘We Are The Movement’ hit #1 in the Rock Charts and #2 across All Genres! With an albums worth of songs released in 2020 they were expected to perform to more than 250k people across their largest headline tour and summer festival appearances including Download, Reading & Leeds, Trnsmt and more. A 2021 rescheduled tour and reconfirmed dates for even more festivals emphasises the growing popularity of a sound from THE HARA you cannot ignore.

Grit, energy and a perceptive exploration of the chaos that surrounds them has fuelled the recent anthemic releases from THE HARA. The genre-defying trio’s new EP, ‘Play Dead’ is no exception. Music written for a live audience and festival stages is at the core of the EP’s soundscape, with five tracks that will inspire moshpit carnage in any crowd. ‘Play Dead’ contains previously released and chart hitting singles Animals, Circus and Off the Edge with two brand new fierce rock anthems, Bite Down and Until It Happens, the latter co-written with You Me At Six’s Max Heyler.

Their stage presence is likened to that of legendary greats Queen, AC/DC and Guns N Roses with an amped up sound taking influences from popular artists such as Bring Me the Horizon, Royal Blood, Arctic Monkeys, The 1975, Panic! At The Disco, Lower Than Atlantis, The Hunna, Nothing But Thieves, Muse, Twenty One Pilots and Yungblud which combines Josh’s stunning vocals, Zack’s gritty riffs with Jack’s punchy drum beats to define THE HARA.