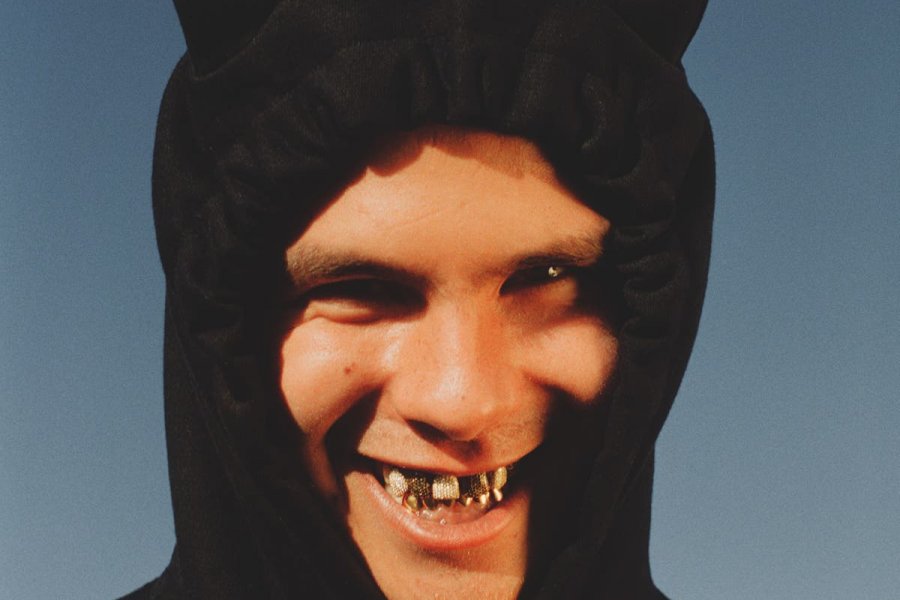 slowthai is starting a cult.

He speaks for and with a generation of kids who’ve been ignored for too long by the powers that be. But his cult isn’t driven by rage or nefarious intentions. It’s driven by a desire for freedom and happiness: freedom to be who you want to be, and the happiness that comes with that.

He wears his heart on his sleeve, and his town on his knuckles – literally: he has Northampton’s ‘NN’ postcode tattooed across his fingers. But being from a small town hasn’t hampered his ambitions. He wants to be the example that his peers follow to break out of the mindset they’ve had foisted upon them by a society peering down its nose.

His music takes in everything from discrimination – whether it be on grounds of race, gender, sexuality, appearance or any other prejudice – to political inequalities, self-worth, self-love, and the need to question society’s dominant narratives.