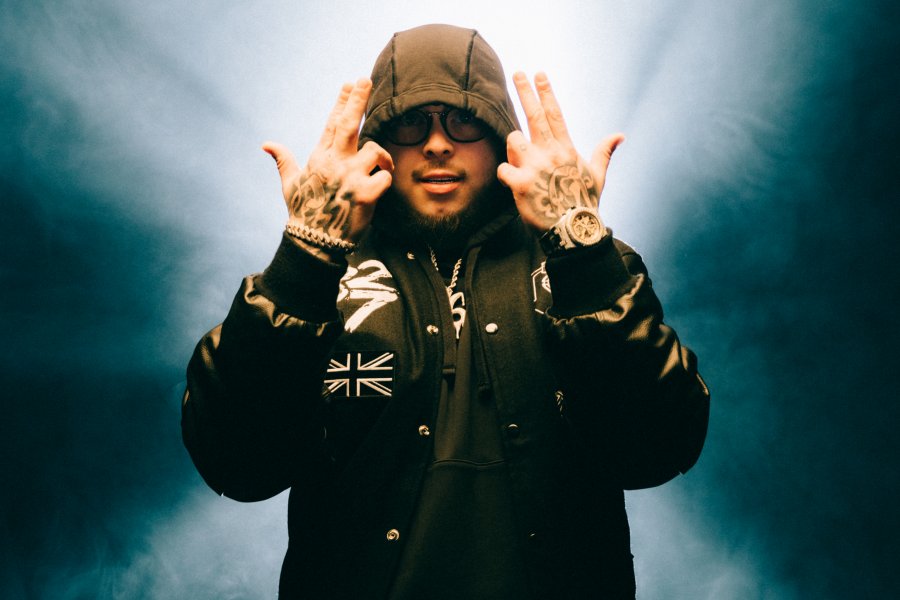 The story of Potter Payper is one of highs, many lows, pain and redemption. Raised by his grandmother struggling to
make ends meet on Barking’s infamous Gascoigne Estate — widely considered to be one of the most deprived
estates in the UK — the artist born Jamel Bousbaa, of Irish and Algerian descent, was seen as a write-off by the education system, and by his early teens was getting his education from the roads. By his late teens, he’d been in and out of young offender institutes countless times and had already lived through several lifetime’s worth of trauma. It was at this point, frustrated with attempts by youth services to engage with him, that Potter discovered his love for
rhyming and telling his story.

But that wasn’t his first foray into writing or even making music. As far back as he can remember, Potter would follow the UK garage scene and the early grime scene, inspired by people like Dizzee, remixing their bars and trying to pass them off as his own to impress the kids at school. Eventually, during one stint in a youth offenders institute, he struck up a friendship with a young rapper called Kemzi. They bonded over their similar upbringings and even today, Potter recalls one of Kemzy’s bars, “Put the guns down. Oh, please / You must think this is Terminator 3: Rise Of The
Machines.” Meanwhile, outside of prison, the musical landscape was shifting. Grime’s first wave was coming to an end and it was beginning to become a dirty word on the block. Potter credits this pivotal moment, and the influence of Kemzi, as the moment he stopped trying to write grime bars and instead became a rapper. Influence-wise, Potter comes from a generation raised on the greats — Styles P, Jadakiss, Papoose, Dipset and, more recently, Nipsey
Hussle. Here in the UK, however, he’s much more invested in the scene, just as appreciative of Dave, Meekz Manny
and M Huncho as he is for seasoned vets like Rimzee and Skore Beezy. For Potter, it’s lyricism above everything
else.