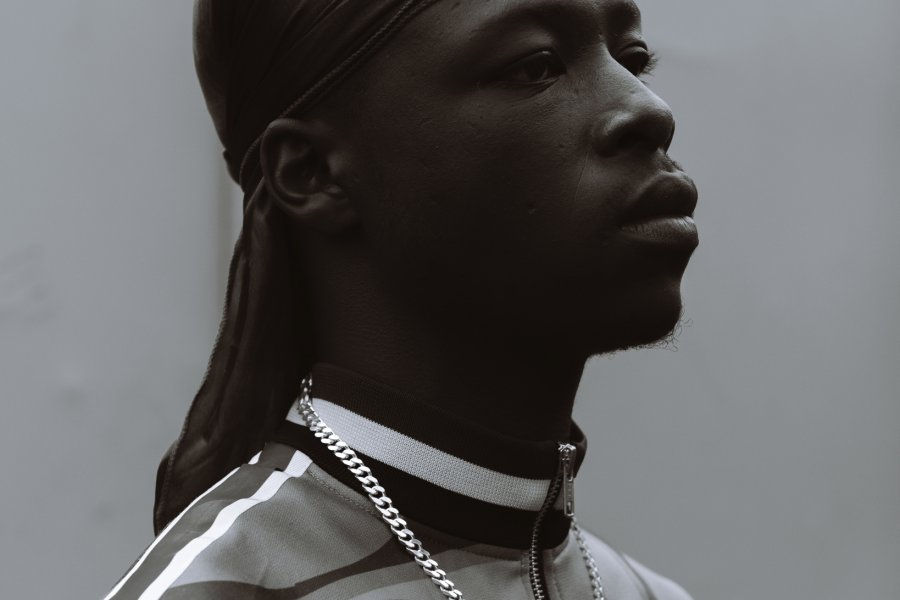 With only a handful of releases to his name, Gambian-by-way-of-Coventry’s Pa Salieu has consistently released some of this year’s most exciting and talked about singles. His dynamic and genreless approach has led Pa to win widespread support from a diverse range of cultural tastemakers such as Dazed, i-D, GRM, Link Up, Mixtape Madness, The Fader, Complex, Clash, The Face as well as being playlisted across BBC Radio1, 1Xtra and 6Music (including receiving a whopping four TOTW’s at Radio 1, counting his third from Nick Grimshaw on My Family).

Hands down of the most exciting, dynamic and refreshing artists to come along in some time, few artists have been able to capture both the zeitgeist and exciement that Pa has this year. In January, Pa Salieu released the massive Frontline, which was not only the second song the gifted young artist ever recorded but also the most played UK track at BBC 1Xtra in 2020. Less then a year on, and Pa has graced the covers of ES Magazine and Wonderland, collaborated with a range of artists from SL to jazz virtuoso Yussef Dayes, not to mention his new Burberry x The Face project with black midi’s Morgan Simpson and won over a laundry list of champions that include Givenchy, Burberry’s Riccardo Tisci, OVO co-founder Oliver El-Khatib, Annie Mac, Tiffany Calver, Benji B, FKA Twigs and Virgil Abloh amongst others, cementing him as an artist whose complex and unique style both defies labels and connects with both audiences and critics alike.