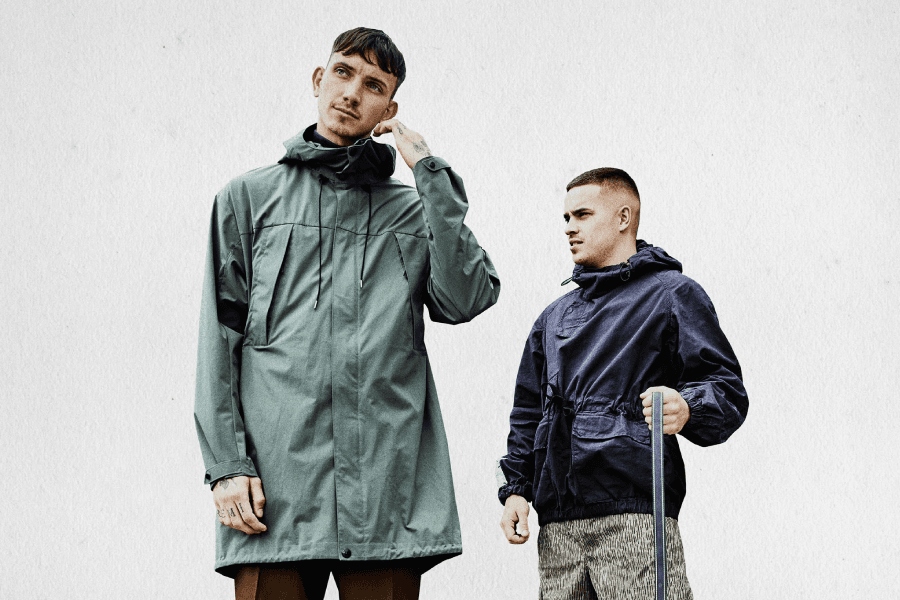 Everyone You Know (EYK) aka half-brothers Rhys Kirkby-Cox and Harvey Cox have had a rapid rise to success in a short space of time, amassing over 100 million worldwide streams. The sibling duo have paved a uniquely British lane for themselves, blending hip hop, garage, dance and punk who draw on diverse influences such as J Dilla, Dr Dre, The Streets, Wu Tang Clan and Kano amongst their musical inspirations. Honing their signature sound, the pair
have built a cult following with tracks such as ‘Just For The Times’, ‘Our Generation’, ‘She Don’t Dance’ and ‘The Drive’. EYK have garnered widespread tastemaker support along the way from the likes of Jack Saunders, Jordan North, Annie Mac, Steve Lamacq, BBC Introducing, NME, Wonderland, Notion, Sunday Times Culture, Clash, Complex, and The Line of Best Fit positioning themselves as one of the most exciting and innovative new talents to come out of the UK.