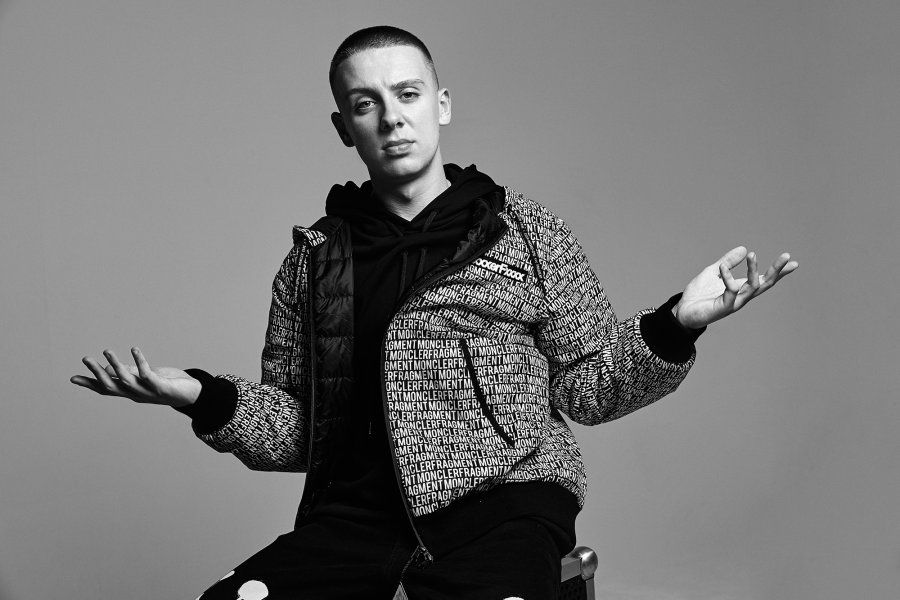 It’s been a whirlwind few years for Aitch now 21, from first blowing up with ‘Straight Rhymez’ at 18 years old to the cover of The Face Magazine. In that short time, he’s had six top 10 smashes, a string of brilliant collaborations including Stormzy, Young T and Bugsey, Ed Sheeran’s worldwide hit ‘Take Me Back to London’ and last year’s BRIT-nominated smash ‘Rain’ with A J Tracey, whose LA-shot video now has 43m views online. Plus, a Brit nomination, MOBO Award, Global Award, and countless other accolades.

The Face were only the latest to chart the unstoppable rise of this Northern star, anointing Aitch and NQ, the musical family he was incubated in as singlehandedly making Manchester once again the focal point of the UK scene. A lot of comparisons have been made with Aitch and NQ and Factory Records, and no-one’s prouder of his Mancunian heritage.

Coming out of lockdown, Aitch is coiled like a spring ready to take on the world and cement his position as a major musical force. Not just in the UK, but internationally. Make no mistake, the ambition of Aitch is bigger than the UK scene, it’s global. Northern roots, Global influence. Time spent in lockdown has afforded Aitch more time start working on his highly anticipated debut Album.